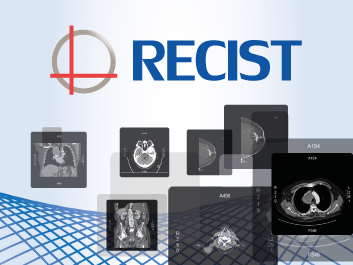 The RECIST Working Group was established in 1995 to review the objective response criteria in use at the time and to explore the utility of the use of unidimensional measurements in response assessment, as proposed by NCIC CTG. The initial working group was led by academic members of the EORTC, NCIC CTG and NCI (USA), with a database being created and maintained under the governance of the EORTC. Over the years, the membership of the Working Group was expanded to include other interested or expert members, including some representation from the pharmaceutical industry, as original members joined pharma, or expertise was identified. RECIST v1 was successfully implemented in 2000, and an update (RECIST 1.1) was released in 2009.

At the TAT Congress held in Paris on 2-4 March 2015, Lesley Seymour (NCIC Clinical Trials Group, Canada and co-chair of the RECIST Working Group) and Jan Bogaerts (Methodology Director EORTC Headquarters in Brussels) respectively chaired and spoke at a ‘Beyond RECIST’ session.